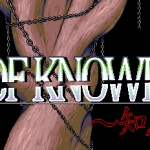 Nostalgia and slick beats in Yogurtbox’s ‘Tree of Knowledge’

If you’re a gamer or anime fan of a certain age, your awareness of what were then called “dating sims” probably began with a few titles ported to English in the late 90’s and early ’00s. If you recall the music from those games with fondness, this is an album you’ll want to hear. Tweet